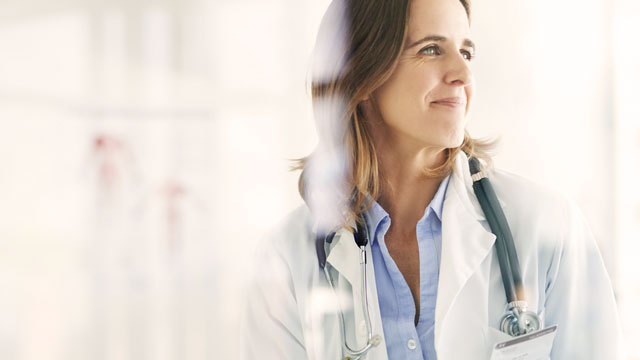 For more on this topic:

This month, the Medicare Shared Savings Program (MSSP) turns 10 years old. When it was first created, reactions to the program were mixed. While some providers were excited to leave the fee-for-service model to realign care delivery around value and wellness, others believed the program would be a flash in the pan and create perverse incentives in the market.

Now that we have a decade of data to study, we thought it would be interesting to revisit some of the predictions of 2012, and see which, if any, came true. What follows are three of the most common fears we heard in 2012, contrasted with what really happened in the market.

2012 Fear: Accountable care organizations (ACOs) are a fad that will never get to critical mass.

2022 Reality: At this point, no one can claim that ACOs or value-based payments are a fad – they are a fact. Just within the MSSP program, growth has been exponential, with more than 11 million Medicare beneficiaries receiving care from an MSSP ACO.

Beyond MSSP, value-based payment arrangements with ACOs have grown among commercial payers, employers and Medicaid. Although these programs have not grown as quickly as the Medicare models, about one-third of Premier member MSSP ACOs also have risk-based contracts in place with other payers, including Medicare Advantage and employers, and more than half expect to have the majority of their populations in such models within five years. Similarly, after a decade of study, the Centers for Medicare & Medicaid Services (CMS) has a similar goal of all Medicare beneficiaries receiving care via an ACO or other risk-based payment arrangement by 2030.

Clearly, the writing is on the wall for any late adopters - those left in fee-for-service today are more of an outlier than an ACO.

2022 Reality: In the 10 years since the MSSP was created, we have consistently found that ACOs don’t require common ownership to achieve success. In fact, the clinical alignment envisioned by these programs often is achieved without physician employment.

Even today, the jury is out on whether physician employment is a wise business strategy. Expenses for employed physicians are steadily increasing at a time of record-low increases in hospital prices, despite increasing patient acuity and declining inpatient volumes. This has led to an average loss of about $200,000 per employed physician. Instead, some of the highest-performing Premier members are succeeding with clinically integrated networks that align incentives and goals with independent clinicians.

Moreover, the consolidation myth incorrectly assumed that purchase by a health system would be the only alignment choice for physician practices, which is far from the truth in today’s market. In many parts of the country, competition is dynamic and aggressive, with physicians organizing themselves via virtual groups or large, multispecialty practices and competing with health system networks. Insurers and retailers are similarly getting into the game.

The ultimate fear regarding market consolidation is price, with conventional wisdom assuming larger networks ensure greater leverage with payers. But today’s ACOs have hard back stops in place to ensure that participants both improve quality and reduce costs. For instance, the MSSP requires that participants meet a minimum savings rate and quality requirements to qualify for any upside payments.

After 10 years of experimentation, we are now starting to understand that perhaps the best solution to consolidation is more rapid movement to value-based payment models.

2012 Fear: ACOs won’t achieve savings because they fail to incent hospitals to disrupt themselves and decrease utilization.

2022 Reality: Looking at real-world data from Premier member ACOs show a very different reality. The MSSP program, coupled with other, mandatory hospital-centric value-based payment programs, create greater incentives for hospitals to focus on cost reduction and appropriate use. Recent research from PINC AI™ proves that health system ACOs that specifically focus on inpatient cost improvement efforts were able to achieve savings of $1,721 per beneficiary, per year. If all health systems performed at this level, the U.S. could save nearly $17 billion, or 1 percent of annual Medicare hospital expenditures.

Independent research validates these findings. An August 2017 report by the Office of Inspector General analyzing all participants in the MSSP found that high-performing ACOs, which included hospital-led participants, accomplished their largest spending reductions in hospital inpatient care – an average of $549 per beneficiary over the studied period. High-performing ACOs also effectively reduced the number of emergency department (ED) visits per beneficiary by 1 percent – the only demographic to successfully do so. At the same time, research shows that ACOs are having a further, positive impact on hospital readmissions, addressing inappropriate and unnecessary use. In fact, MSSP ACOs scored consistently high on this measure during their participation in the program.

Beyond the savings specific to the MSSP, healthcare spending has dropped significantly overall, and at least some of the gain is attributable to ACOs and improved population health management.

Combined, these findings prove that ACOs can be effective at managing use, directing care to lower-cost preventive and primary care.

The MSSP is working as intended to improve the quality and long-term sustainability of our nation’s healthcare system. The fears of 2012 about consolidation, savings potential and structural leadership have largely been disproven.

This can be accomplished by creating additional incentives for participation in ACO programs, such as passage of the Value in Healthcare Act, which would enable ACOs to receive payments for savings associated with care coordination, increase the shared savings rate with participating providers, create a fund to offset some of the significant start up costs and extend the MACRA payment bonuses for physician participants.

The insights you need to stay ahead in healthcare: Subscribe to Premier’s Power Rankings newsletter and get our experts’ original content delivered to your inbox once a month.

Remitra™ partnered with IOFM to explore how accounts payable departments can contribute to healthier cash flows for their organizations.